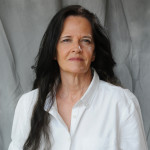 Producer of the projects, Deborah also secured distribution through Audible, iTunes for the recordings. CRESCENDO is also available from Audiobooks.com, Downpour.com and for libraries worldwide from Blackstone Audio. She is an Arizona State University adjunct professor for The Virginia G. Piper Center for Creative Writing.